What I’m Reading is going to be a semi-regular feature on the site. In it, I will write about a book I just finished, and see if there is anything applicable to tabletop gaming that I can pull out of it. There will likely be variants of this — What I’m Watching for TV and movies, or What I’m Playing for video games. These posts may contain spoilers, so be warned! 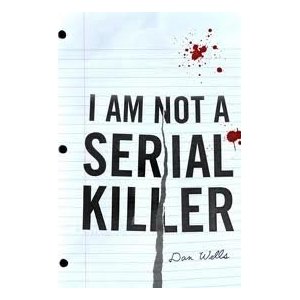 I Am Not A Serial Killer is the first in a trilogy about John Wayne Cleaver, a teenage sociopath and how he deals with the arrival of an apparent serial killer in his sleepy middle-america town. Some people have compared it to a young-adult Dexter, and I’ll have to take their word for it (since I haven’t read any of the books or seen the TV series). John is aware of his predilections, and has a whole bunch of rules to keep him from sliding into dangerous behaviors. In order to defeat the evil in his town he has to break his rules and let loose his inner monster.

I enjoyed the book quite a bit, and found it a quick read. John is an engaging character and the story is told first-person from his perspective. The characterization is probably the book’s greatest strength, especially when we start getting into the tension of John trying to harness his sociopathic tendencies for good, without letting it hurt those closest to him.

If you’re looking for a straight serial-killer story, you may be disappointed by the supernatural element — the killer that has come to town is a “demon” (to use John’s term) that kills people and steals their body parts to heal itself. There is no distinctly religious aspect to the book, and no sense is given of a greater supernatural world hiding behind the “real world” like a lot of urban fantasy.

When it comes to gaming, the demon is perhaps most directly applicable — something like this creature could be taken more or less whole cloth for a World of Darkness (or other modern supernatural) game. You could also include it in many fantasy settings to one degree or another (it brings to mind the Horror Nebis from Earthdawn).

But a more interesting lesson can be taken from how John finds the creature’s weakness and manages to defeat it — personal and emotional ties.  There is a school of player thought in tabletop RPGs that tries to avoid any kind of connection that the gamemaster can use against them — epitomized by the “lone wolf” archetype represented by characters like Wolverine. These characters have no family, and their only “friends” are passing acquaintances. In extreme examples, these players even have their character avoid connections with other player characters.

While a ham-fisted GM can certainly abuse this, I think personal connections are important to a game — they give player characters (and their players) a connection to the world, and frequently a reason to do what they do. It can be a weakness, certainly, but can also be a source of strength — when something you value is threatened, there is a reason to push a little harder, dig a little deeper. Without that emotional connection, what is to stop the characters from walking away if things get tough?

So when making a character for a game, give some thought to their personal connections, not only with the other player characters, but NPCs in the setting as well. GMs, try and use recurring characters in supporting roles to build connections for your PCs, and don’t abuse the connections too much — otherwise you will breed a party of sociopathic lone wolves that have no connection to anyone beyond themselves.

2 thoughts on “What I’m Reading: I Am Not A Serial Killer”